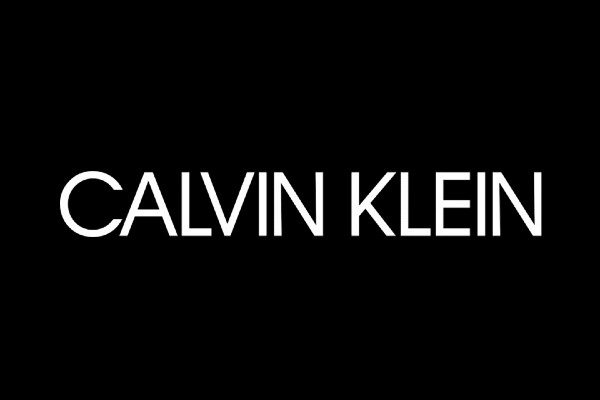 The Calvin Klein font that is used in the official logo for this famous American fashion label is a clean looking sans-serif typeface by the name of ITC Avant Garde. It was designed and created by a team of font authors that included: Edward Benguiat, Herb Lubalin, Christian Mengelt, Erich Gschwind, Tom Carnase, and André Gürtler.

About the Calvin Klein brand

Calvin Klein is a designer fashion brand that offers a wide array of products such as underwear, cologne, and fashion apparel. The brand was founded by a designer of the same name: Calvin Klein. Starting out small, Calvin Klein first began work in the fashion industry as a dress manufacturer and design sketcher, something that he would grow to loathe soon enough. Finally fed up, he took his first big step towards building his own fashion empire by creating the Calvin Klein brand. Calvin Klein finally had its big break when the social elite took notice of his early coat designs which skyrocketed Calvin Klein’s sales, landing him on the cover of New York Times, and then set him on the path that would lead to the brand that we know today.

Calvin Klein’s logo consists of plain typography depicting the name of the brand, a minimalist approach to branding. Because of this minimalist approach, much more emphasis is put on the font choice. The logo uses a bold yet slender sans serif font much similar to the ITC Avant Garde, a font known for its beautiful simplicity and readability. The letters used in the typography are all uppercase, making the logo eye-catching without adding any more elements. The logo lacks a definite colorway, instead opting to change the color of the brand depending on the backdrop of the clothes. Calvin Klein’s logo is simple but eye-catching, much like the clothes produced by the brand itself. The minimalist approach works well for Calvin Klein, giving the logo and brand a much more elegant look.