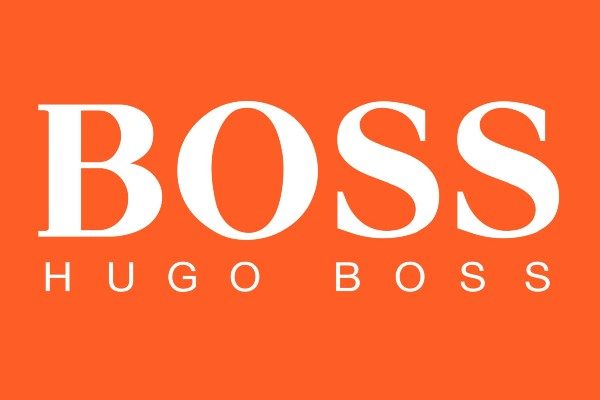 The Hugo Boss font that is used in the official logo for the upmarket German fashion brand is a serif typeface by the name of Walbaum Monotype. It was designed and created by a design team that included: Charles Nix, Carl Crossgrove, and Juan Villanueva.

The German luxury fashion house Hugo Boss sells clothing, accessories, footwear, and fragrances. Its global sales in 2019 were €2.9 billion. After first making general-purpose clothing in the early 1920s, Hugo Boss made military uniforms for the German government during World War II, which led to increased sales. A few years after the end of World War II and the death of the founder in 1948, Hugo Boss turned its attention to men’s suits instead of uniforms. It launched a fragrance line in 1988, men’s and women’s diffusion lines in 1997, a full women’s collection in 2000, and children’s clothing in 2006 and 2007. With more than 1,113 stores worldwide, the company has become a global fashion house.\

Font in use as part of the Hugo Boss logo

The Hugo Boss font is written in a serif text style and is primarily seen in white. The font’s style matches the company’s style, clean and professional, just like the suits and accessories that Hugo Boss now creates. The font is written entirely in uppercase, and the logo only contains lettering, with no other notable symbols; however, it does appear on an orange background in most branding specifically related to the brand. The logo also highlights the word “BOSS” in the text in larger lettering above the full name, which is likely to represent the importance of the last name, as well as the full name of the company.