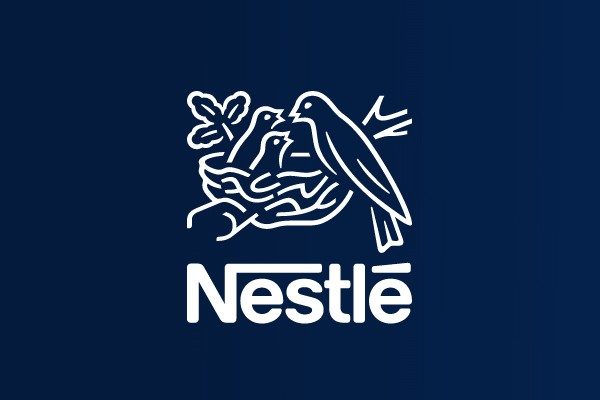 The Nestlé font that is used in the official logo for the Swiss food and drink company is a typeface by the name of Helvetica. It was designed and created by a font author called Max Miedinger. This font is also known as Neue Haas Grotesk, and is one of the most well-known sans-serif typefaces in the world today.

Nestlé is one of, if not the, largest food and beverage companies in the world, but it’s long and storied history traces back all the way to the year 1867. The company first started in Vevey, Switzerland when Henri Netslé invented a special milk formula for infants that are incapable of being breastfed leading to a significant decrease in infant mortality rates. From then on, Nestle expanded it’s line of products from Henri Nestlé’s milk formula to condensed milk, and even cereals. Currently, Nestlé offers over 2,000 product varieties in 191 countries worldwide.

The famous nest logo is as old as the company itself, first used in 1867 when Henri Nestle’s milk formula was first sold in markets. The bird logo has persevered throughout the years, and for good reason. The bird nest symbolizes the company’s values and history, giving a sense of warmth and home to the logo. The logo’s font choice, Max Miedinger, also emphasizes the feeling of warmth and safety by eliminating jagged edges in favor of rounded edges. The logo also cleverly extends the tip of the letter “N” across the font to imitate the imagery of a branch, another icon that symbolizes something that you can perch or “nestle” into. Nestle’s logo does an amazing job giving the viewer a sense of warmth and safety, successfully reflecting the company’s values