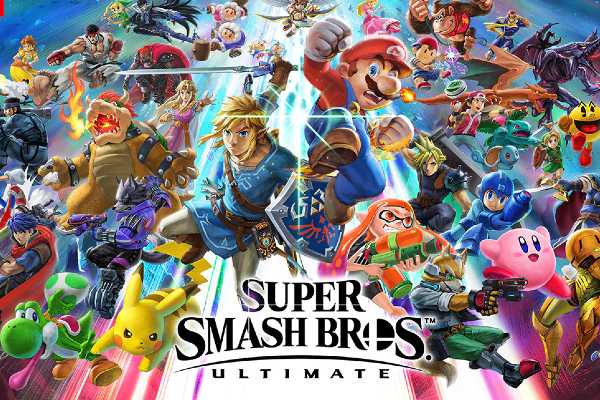 Introducing the Super Smash Bros font! There are actually two fonts in use for the lettering of the official Super Smash Bros logo. The basic text utilises a typeface named Bodega Sans Light Old, whilst the “Smash” letters uses a font called Kabel Bold. Both of these are commercial fonts which can be obtained via the authors website.

There is however a free font alternative called Super Smash. It was created by one of the fans of this hit video-game from Nintendo. It was initially released on 21 September of 2014, and comes in UPPERCASE and Numeric characters only (lowercase are excluded). This comes with a freeware license so you are free to use it any design project that you like without restriction.

You can grab yourself a copy of this sweet typeface inspired by the hit video game produced by Masahiro Sakurai. Click on the link below to get started.

About the Super Smash Bros brand and Typeface

Super Smash Bros. is a Japanese video game series featuring crossover characters across various Nintendo franchises. Created by Masahiro Sakurai, it was first released in 1999 for Nintendo 64. The series has then expanded to include more popular Nintendo game characters including Super Mario, Donkey Kong, The Legend of Zelda, and Pokemon. Every game released in the Super Smash Bros. series is critically acclaimed for its unique fighting mechanics, simplified controls, and thoughtfully designed battle items that players can adjust before matches. The multi-player mode has given birth to a huge competitive community and is widely featured in gaming tournaments worldwide.

Use our free Super Smash Bros font generator tool below to create your own custom design logo or image. Enter your text, select a font, choose a font size, and pick your favorite colors. Hit the Generate button and your logo/image is created and ready to download.