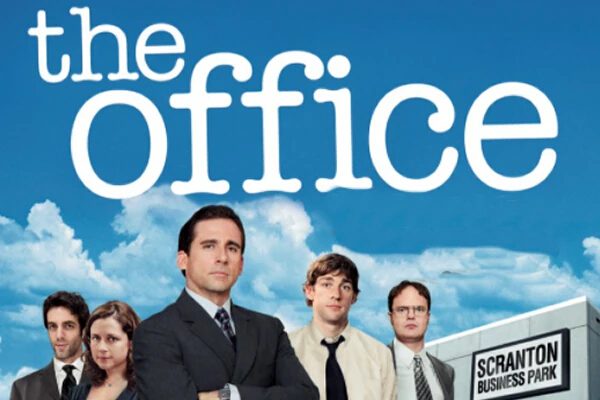 The Office font that is used in the logo for the hit TV series is a typeface named American Typewriter Medium. It was created by the talented design duo of Joel Kaden and Tony Stan, and is currently released via the ITC font foundry.

The font packages includes 9 different font variations including: Light, Medium, and Bold (with Regular, Italic and Condensed options for each). Below is a preview of the Medium version of this font as is used in The Office logo lettering.

About The Office tv series and Logo Lettering

The Office is a critically-acclaimed American TV series recognized and awarded by various award-giving guilds and institutions from 2006 to 2008. It’s set in a fictional Dunder Mifflin Paper Company which serves as the main location of the entire series. Although the cast, which is led by actors Steve Carell, Rainn Wilson, and John Krasinski, was a part of the show’s highlights, it is the mockumentary set-up and filming style is that sets it apart from other famous TV series – no laugh tracks, just pure humor.

Have you ever dreamed of joining the hilarious team at Dunder Mifflin Paper Company? The Office Font Generator tool below allows you to design images and lettering that replicate the original tv-series logo. Enter your text and select your preferred size and colors to get started.