The Black Panther font that is used in the lettering for the movie logo is typeface known as Panthera. It was created and first released on 26th April 2018 by the prolific font designer Gene Buban. It was designed using the Fontstruct typographic platform where it was featured as a Top Pick. Gene is known on the Fonstruct website under the profile name of @geneus1. Some further tweaks and design embellishments were added on 2nd May 2019 and are reflected in the current version which below.

The license for this font is Freeware, which means that you are free to use it for any personal use. The Panther font is almost an exact replica of the custom design logo used in the original Black Panther movie. It contains all of the same outlines as well as internal flourishes, which make it one of the best replicas of the original that we have seen. Take a look at it here: 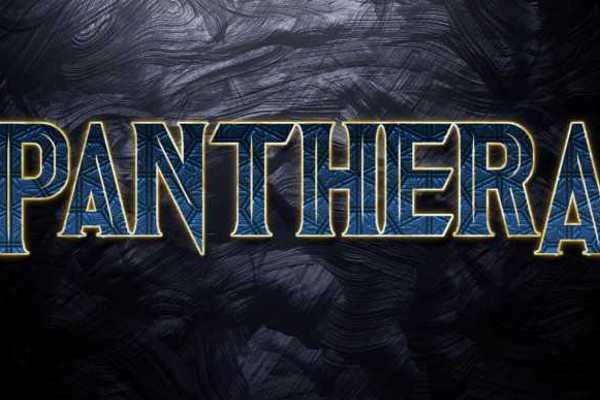 Only the uppercase characters are included in the this font file. However this is entirely sufficient to be able to replicate the exact look and feel as used in the original Black Panther movie logo. Below is a preview image (provided by the author Gene Buban) of what this typeface will look like when installed on your computer system: 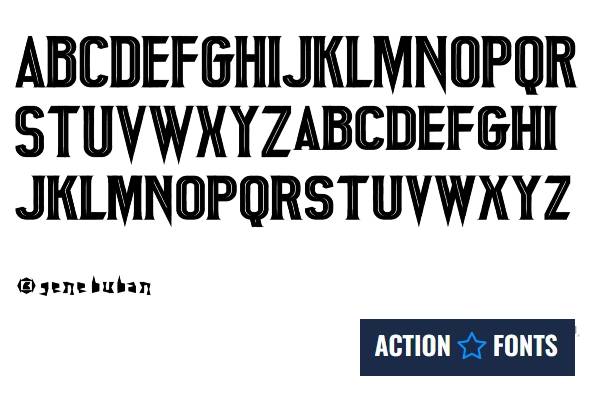 About the Black Panther character and logo

The 2018 film adaption of Marvel Comic’s Black Panther made history: It would become the highest grossing film featuring a solo superhero, and the first Marvel Comics film to win an Academy Award. Black Panther tells the story of T’Challa, leader of a technologically-advanced African tribe, and the movie featured a majority African-American cast along with an African-American director, a rarity for big budget Hollywood productions. It’s phenomenal success has been praised by critics as paving the way for more minority-focused film productions in America in the future, and there is an eagerly-anticipated sequel announced for the summer of 2022.

If you’d prefer not to download and install the above mentioned font, you can still create uniquely styled image using our Black Panther Font Generator lettering tool. How it works is that you enter some text in the input field, select your desired font size, select some colors, and then smash that Generate button. You can play around with the size and colors to get something that is perfect for your design project. Once you’re happy with what you have generated, select Right Click + Save on the image to download it to your own compture. From there you can include it in your school projects, grahic designs, or even your own personal website. How cool is that !